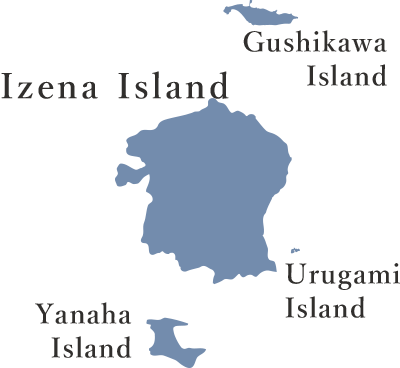 Izena Village has 43 cultural properties (designated at the national, prefectural, and village levels) including handicrafts and historic Sites related to the Ryukyu King Sho En. There are also many events associated with the Ryukyu Dynasty, which generate energy and bonds between the population and also foster a sense of love for the island. The local residents have respect and affection for King Sho En, and to them these cultural properties and events are irreplaceable treasures.

Due to the island's gently undulating topography,
we recommend using a rental car or motorbike to get around.